The titles of this book series reference a mythical peak where gods dwell ‘in the cold waste where no man treads’ described in H.P. Lovecraft’s The Dream Quest of Unknown Kadath (1926/27). Lovecraft’s novel itself drew from William Beckford’s gothic horror Vathek (1786), Robert W. Chambers’ The King in Yellow (1895) and the novels and short stories of Lord Dunsany. Bohl’s drawings refer to a wide variety of popular and archetypal imagery familiar to him from his adolescence. They incorporate styles learned from, amongst others, Aubrey Beardsely, Métal Hurlant comic books and Blair Reynolds and other graphic artists associated with Pagan Publishing. As with his previous works, these drawings employ modest yet very specific materials.

A sequel to Kadath Fatal, Fatal Kadath Fatal takes up a slower pace in narration. Conceived as a leporello the book gathers a succession of 18 drawings that circle around one single motive: Two conical hennins glide along through space. Only light and contrast change, and the veils of the cornets take up peculiar shapes despite the supposed absence of gravity and friction. On the will of their own the conical hennins return in their present form as a medley of elements from former works by Bohl.

Final Kadath Fatal wherein the veiled hennins evaporate admit ruins and give way to Knot Guy. Final Kadath Fatal is the third and last volume in a series of artist books by Henning Bohl. The publication accompanies Bohl’s installation of four large-scale murals for the subway embankment wall along Paltaufgasse in Vienna’s 16th district, whose rough-faced, square-dressed stones are reminiscent of imperial architectural gestures like the rusticated facade of Palazzo Medici in Florence. It has been on display since Summer 2016, made possible by KÖR – Kunst im öffentlichen Raum Wien. 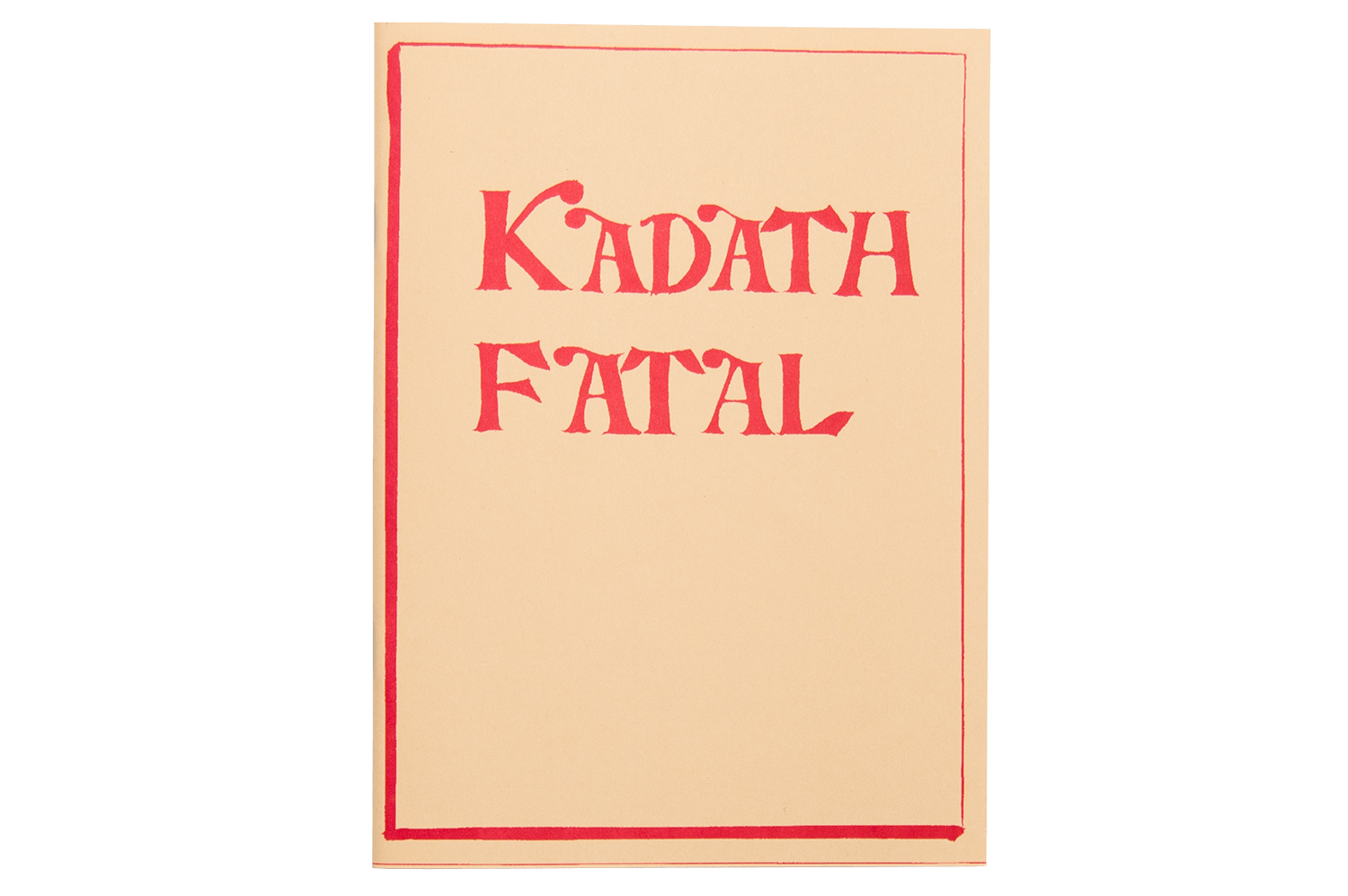 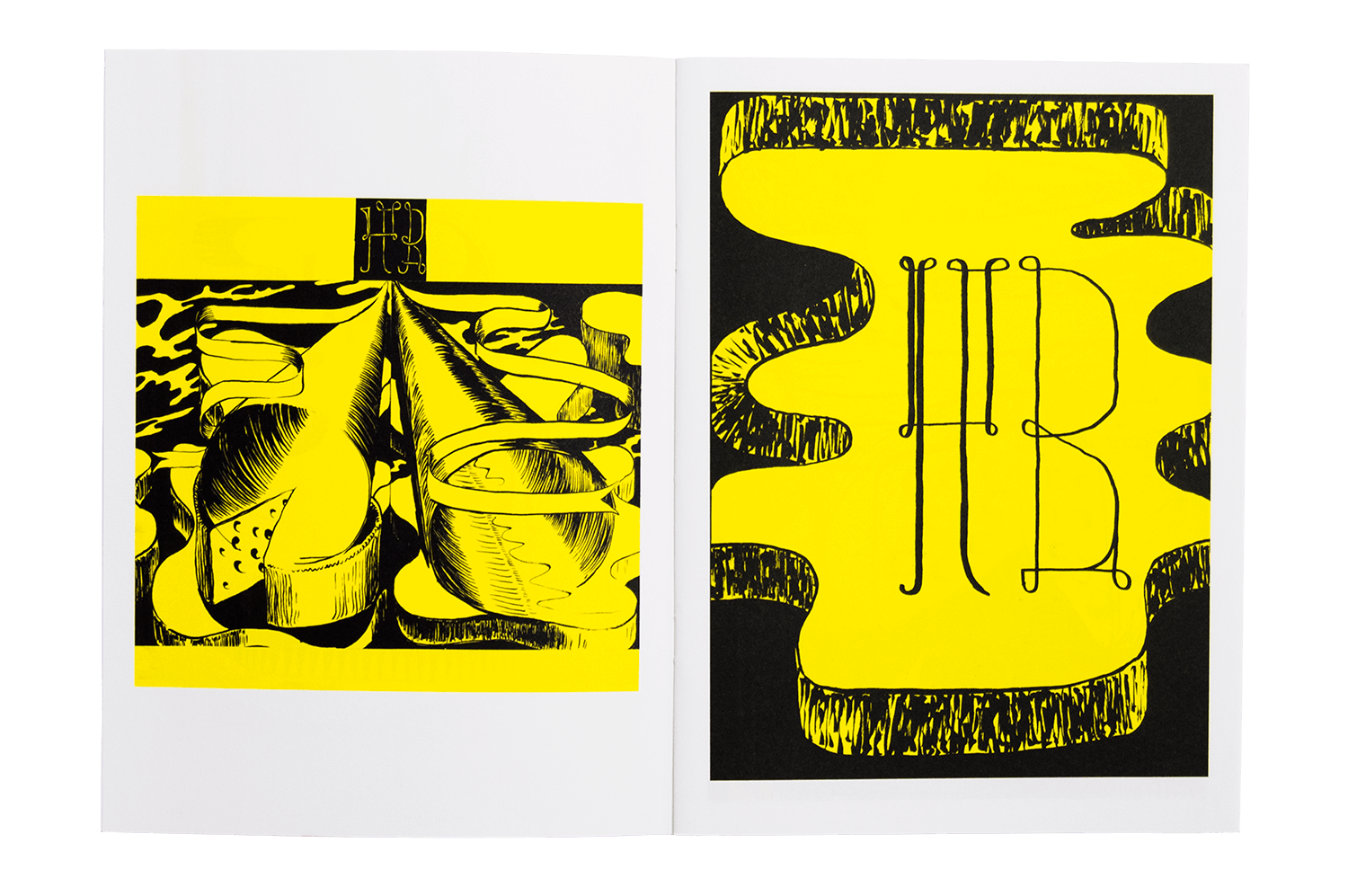 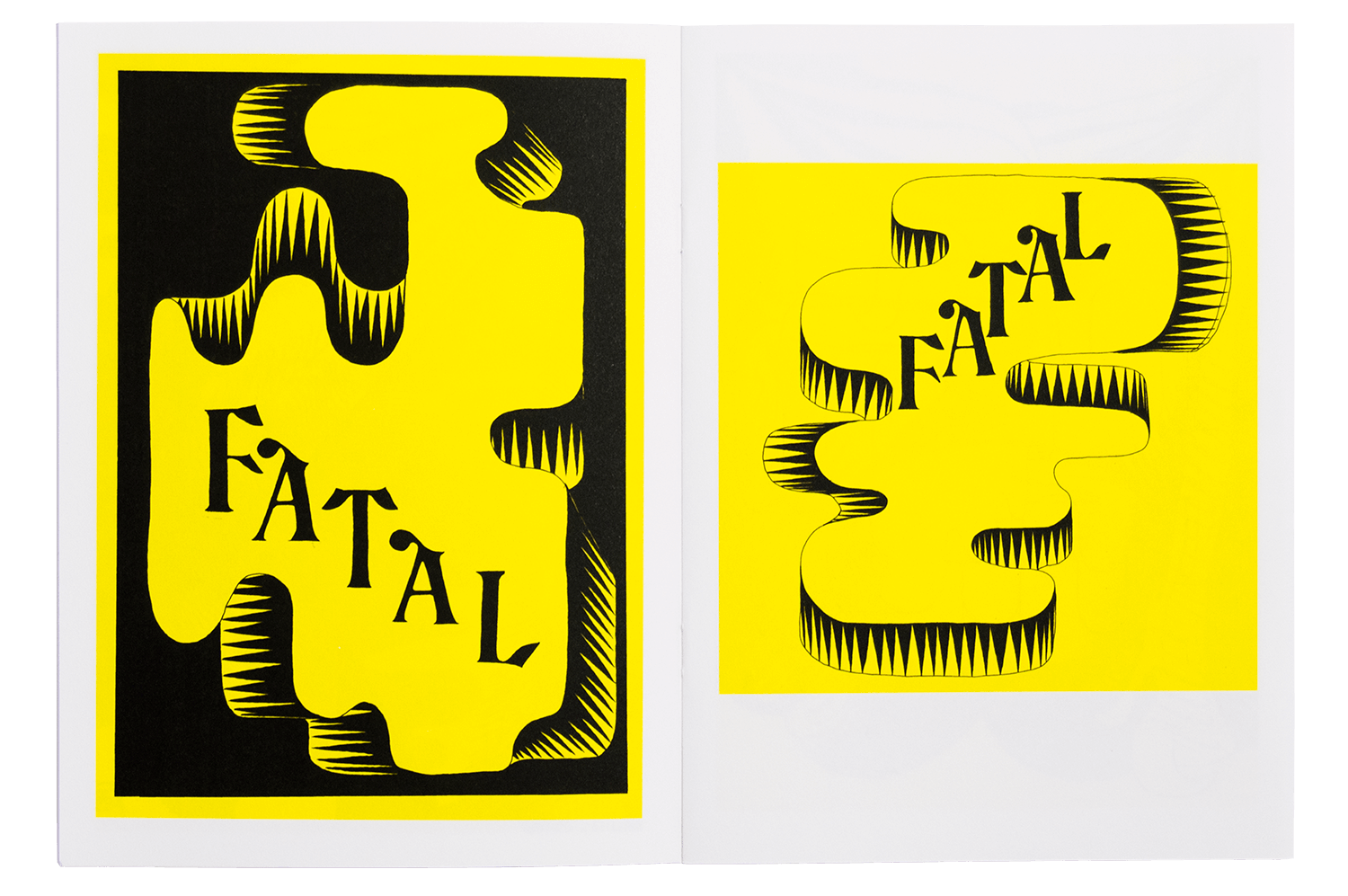 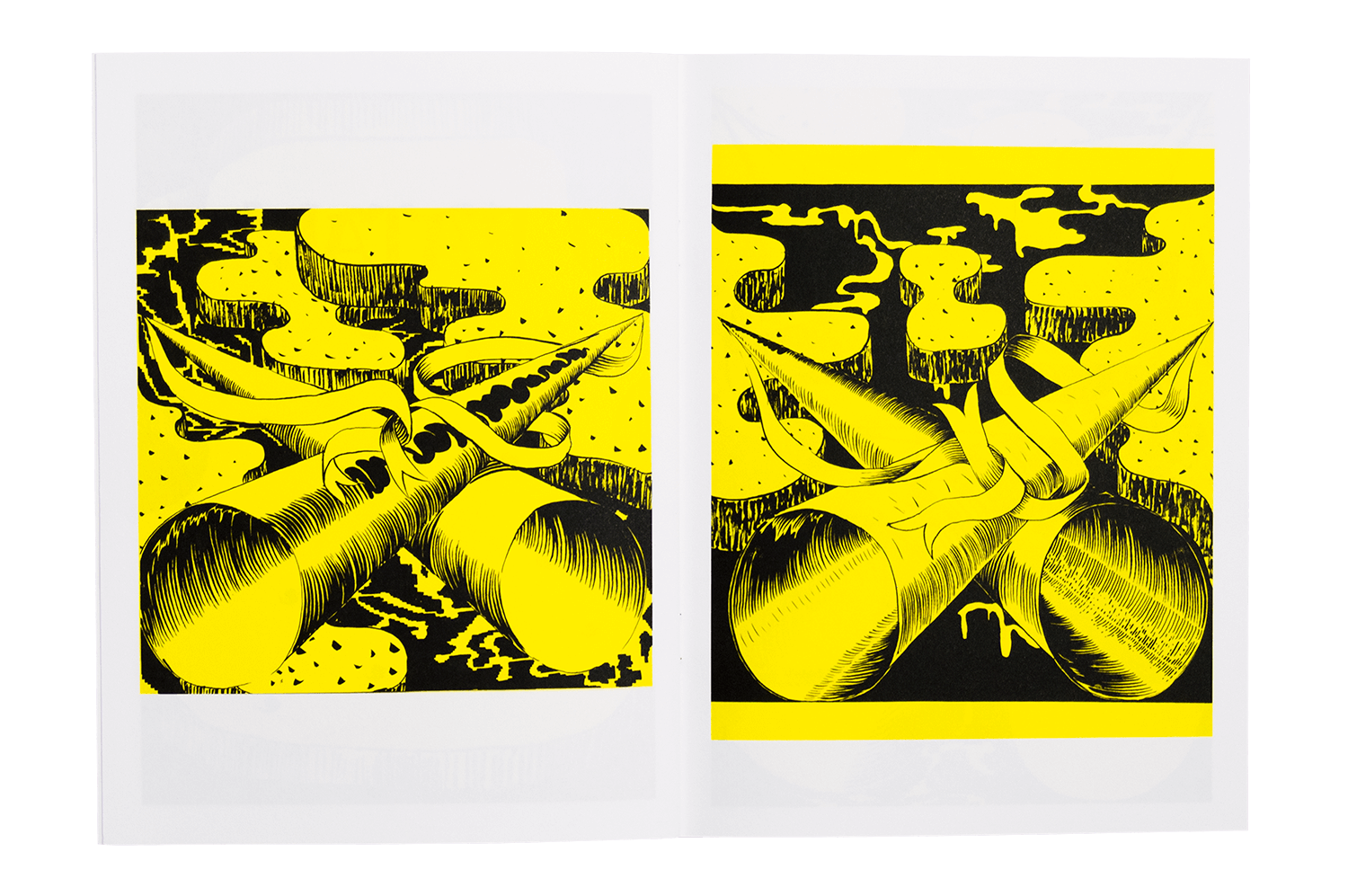 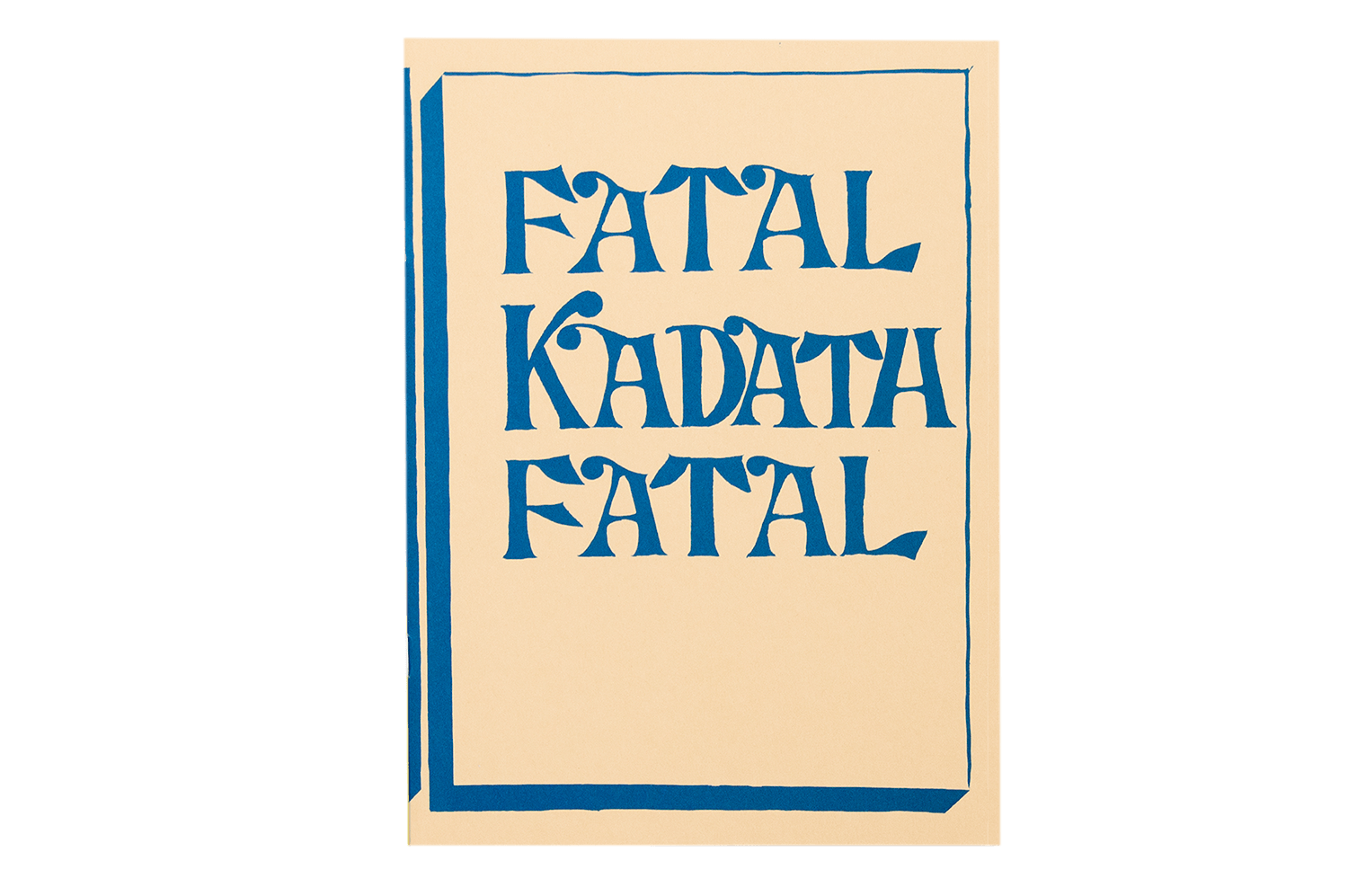 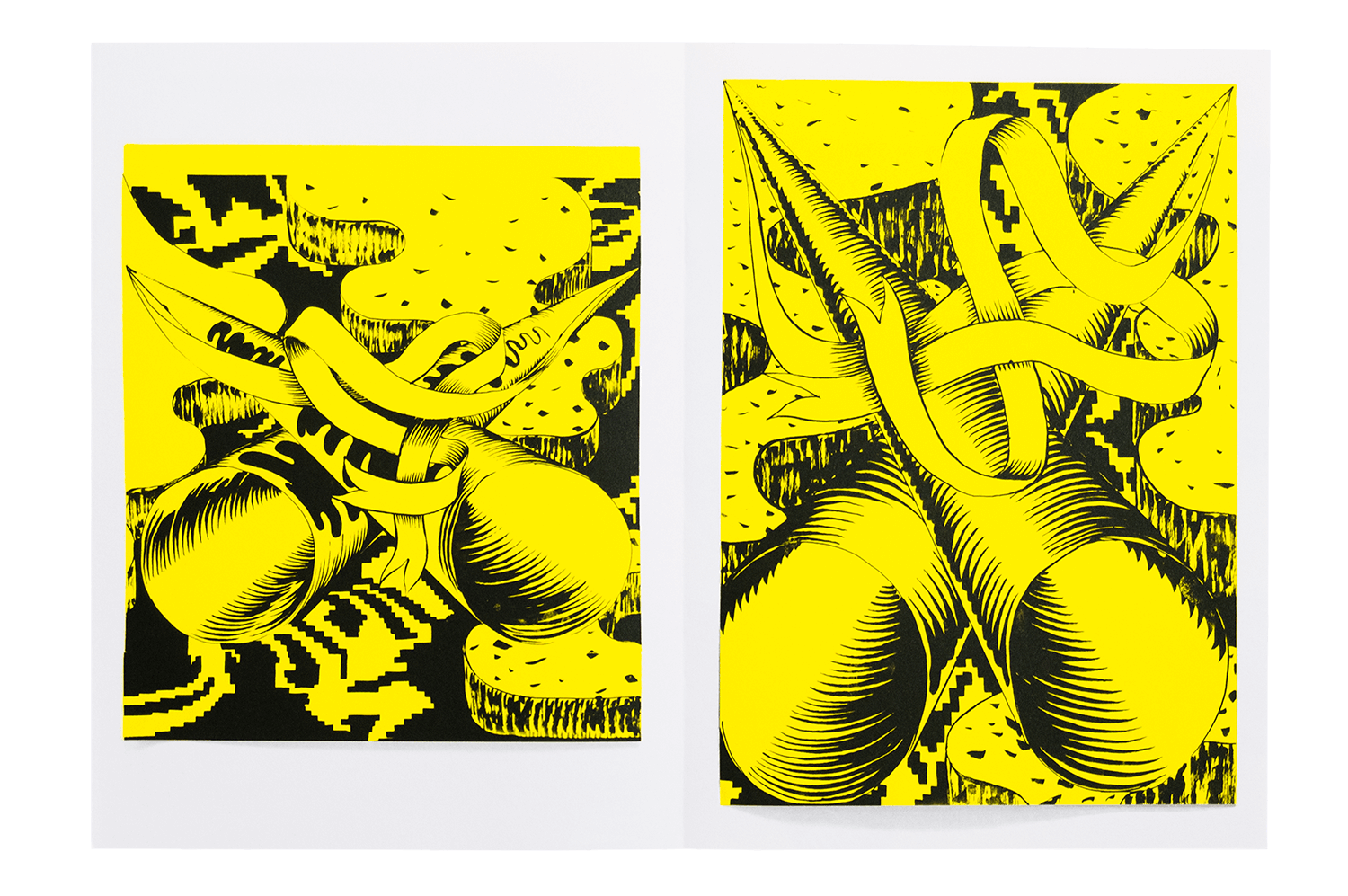 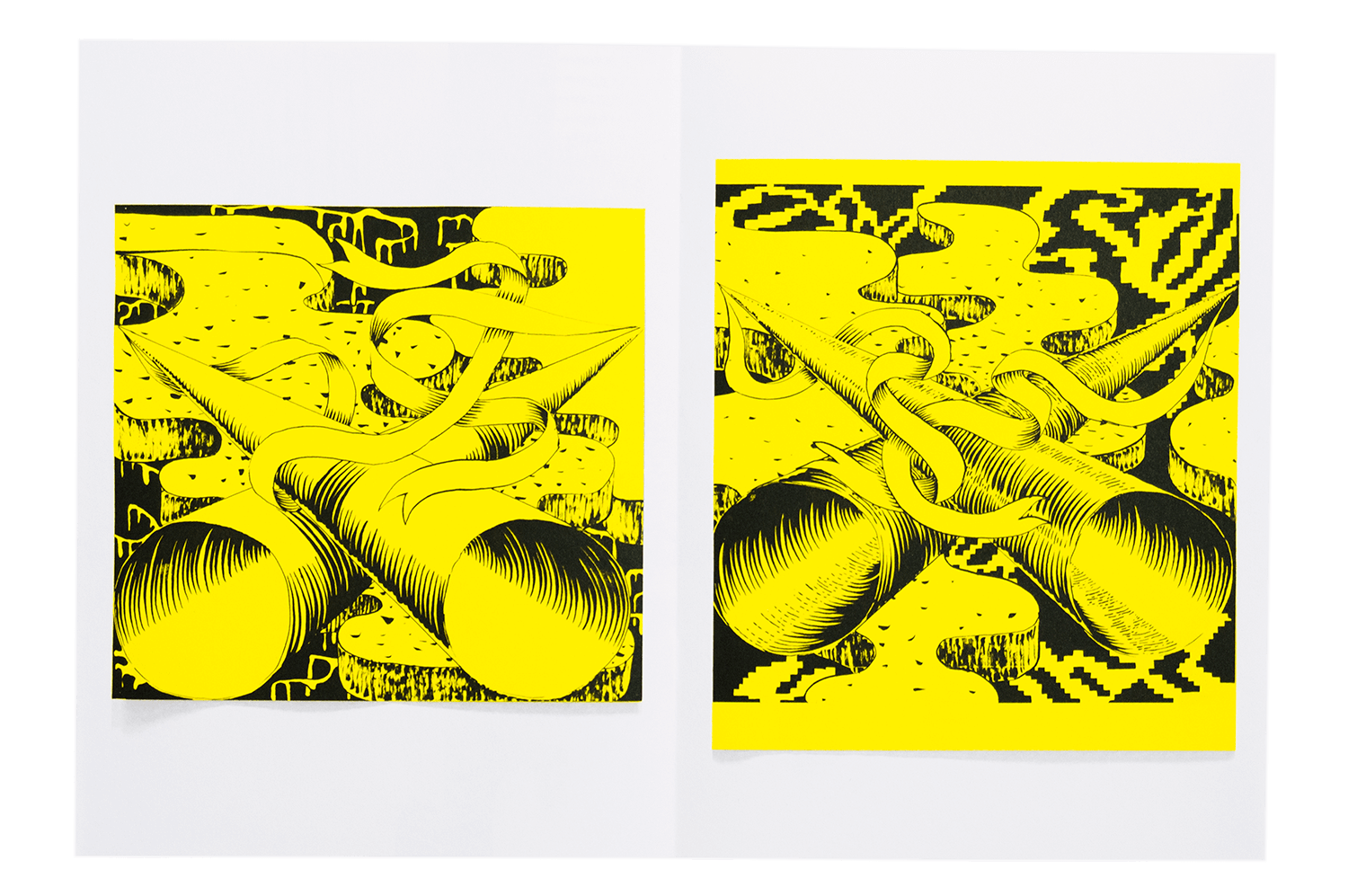 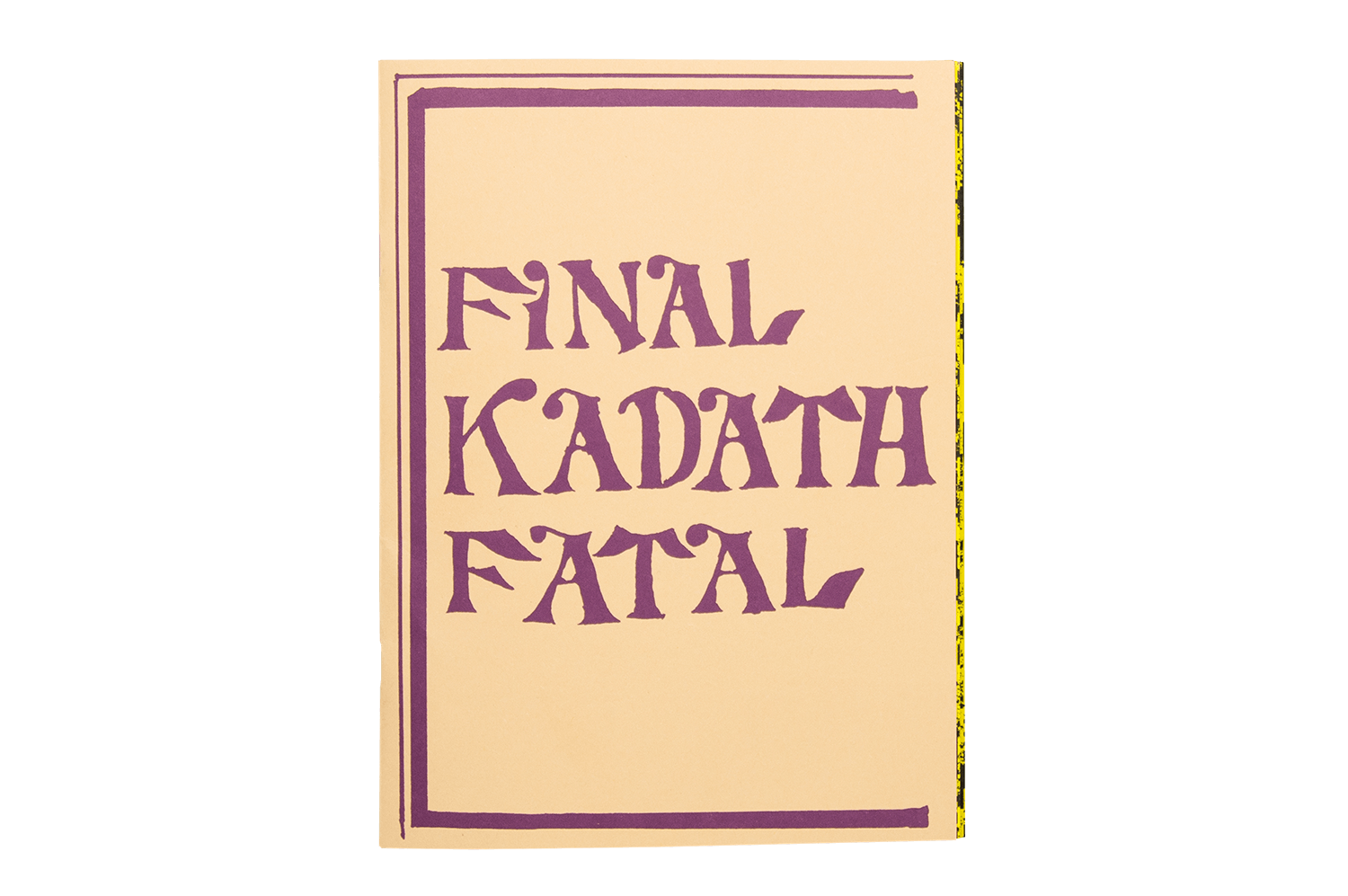 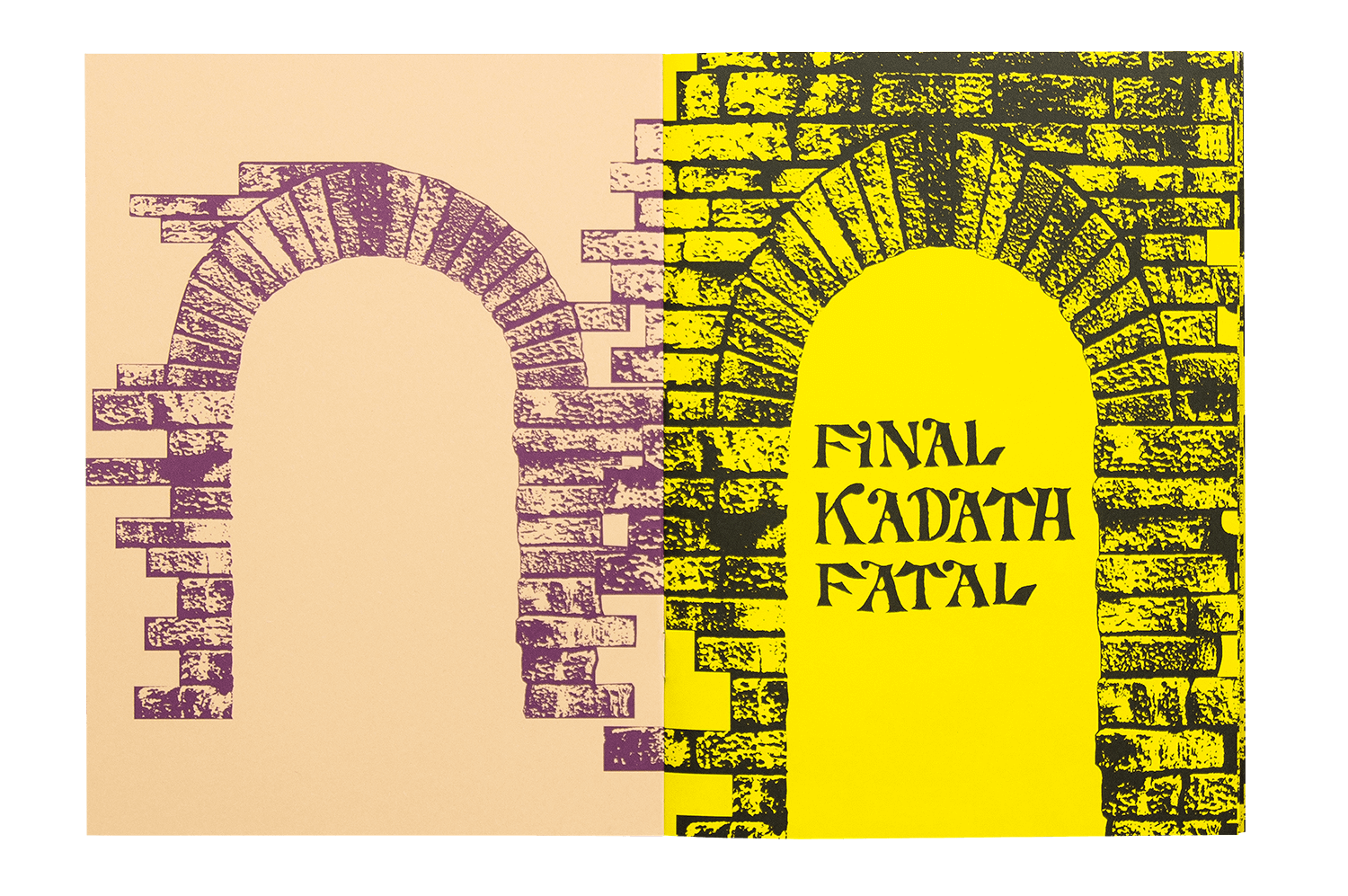 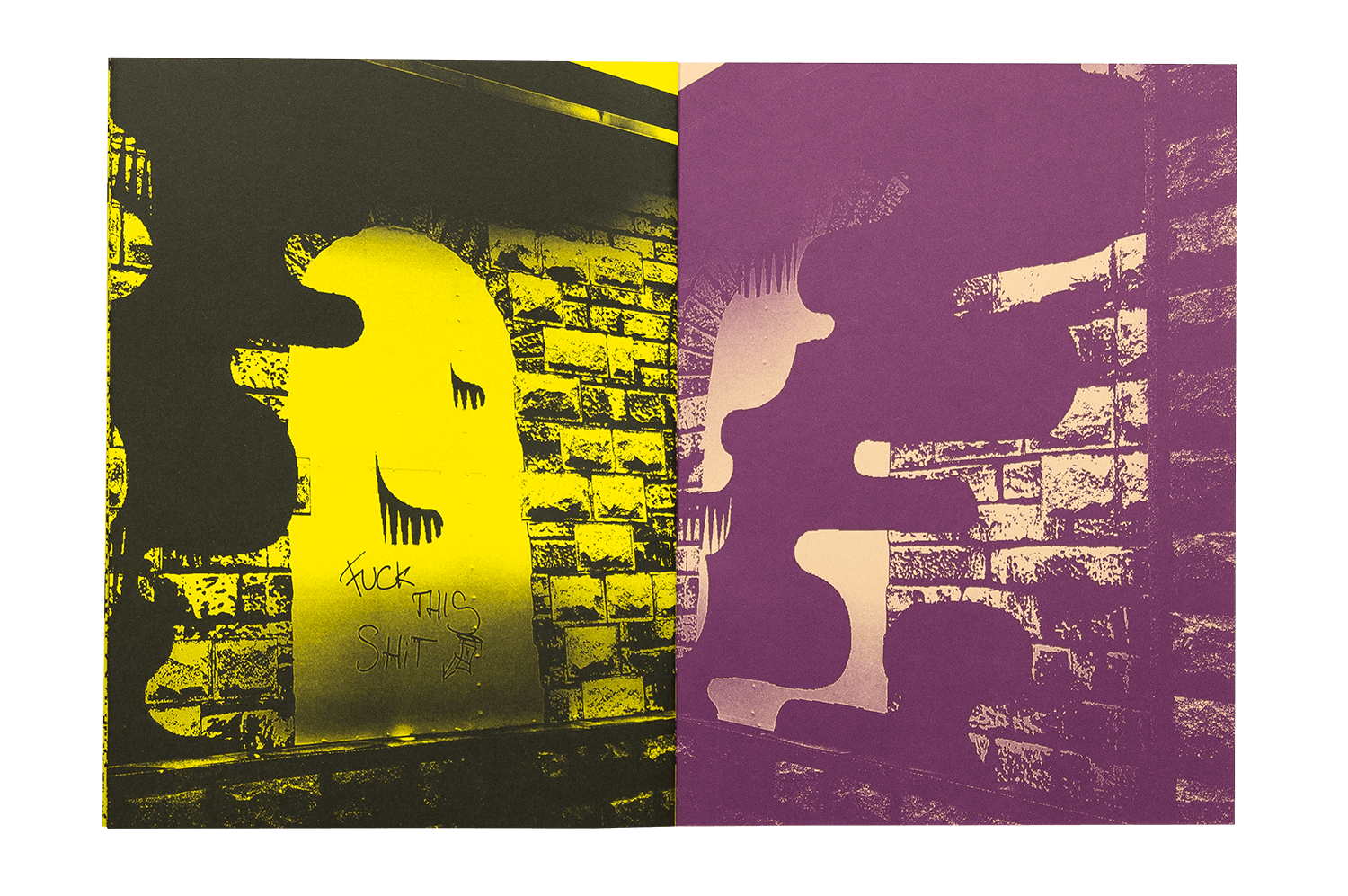 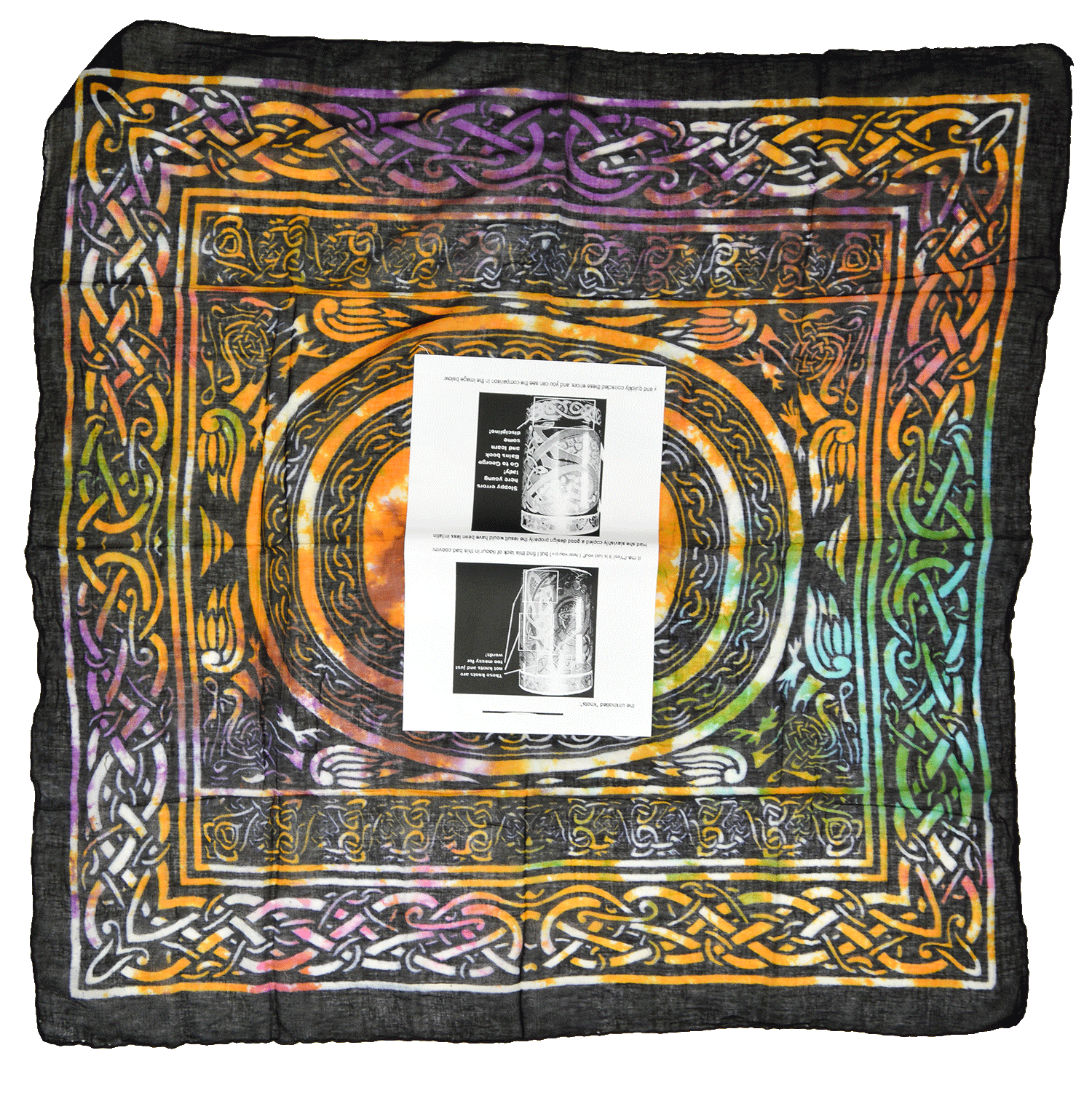