Omer Fast’s video installation The Casting is based on interviews held with a U.S. Army sergeant before his renewed deployment in Iraq. Fast describes the project: “During several days he told me two stories which I have interwoven. The first took place in Bavaria and describes the sergeant’s relationship with a German girl who loves speed and self-mutilation. The second story takes place outside Baghdad and deals with a bomb on the roadside and a tragic mistake.” Fast took these two stories and processed them into a screenplay, which he then had interpreted by actors as a series of silent tableaux. This book documents these tableaux with numerous color photographs and includes a conversation between the artist and Sven Lütticken, as well as a text by Matthias Michalka. 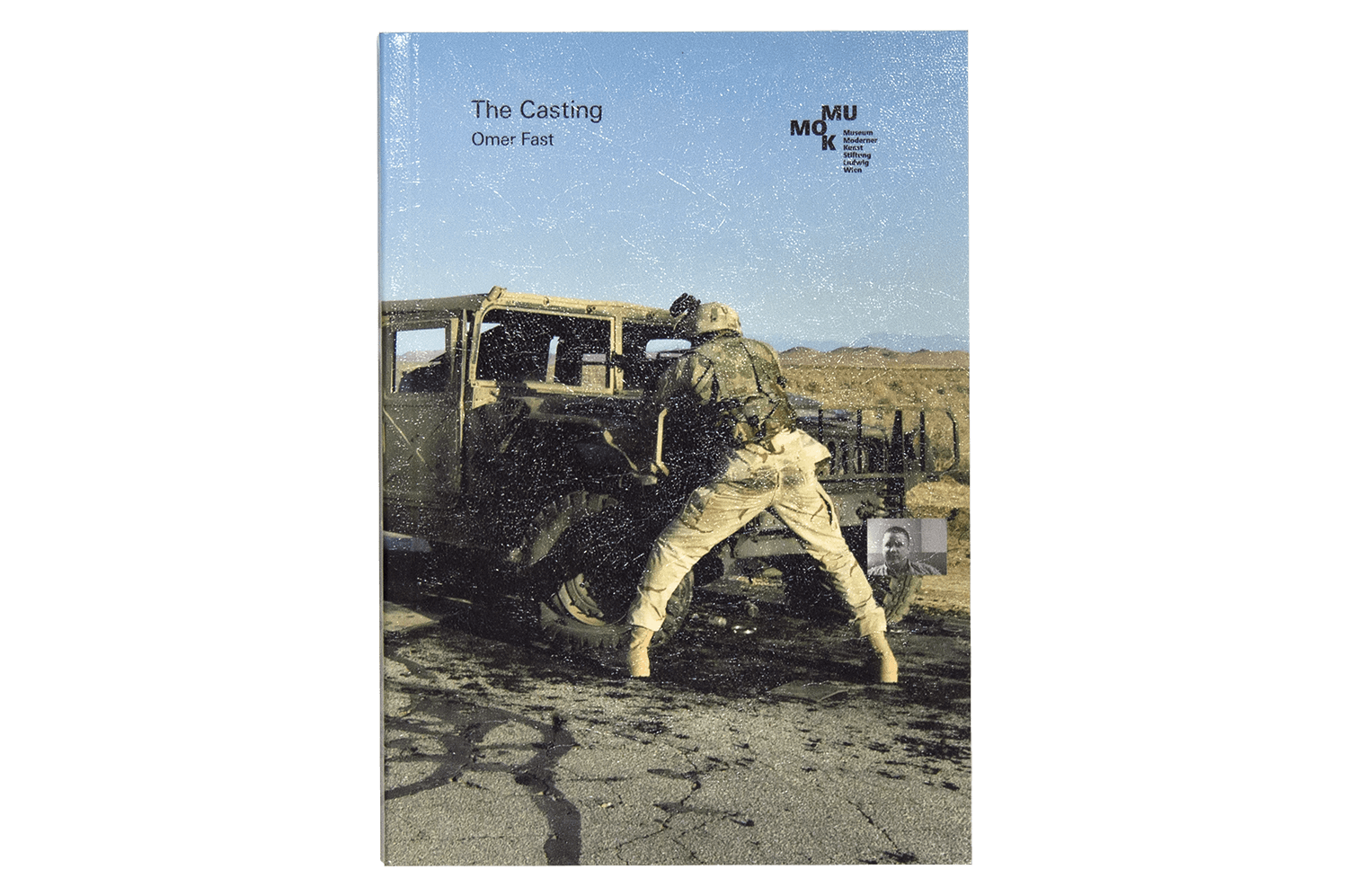 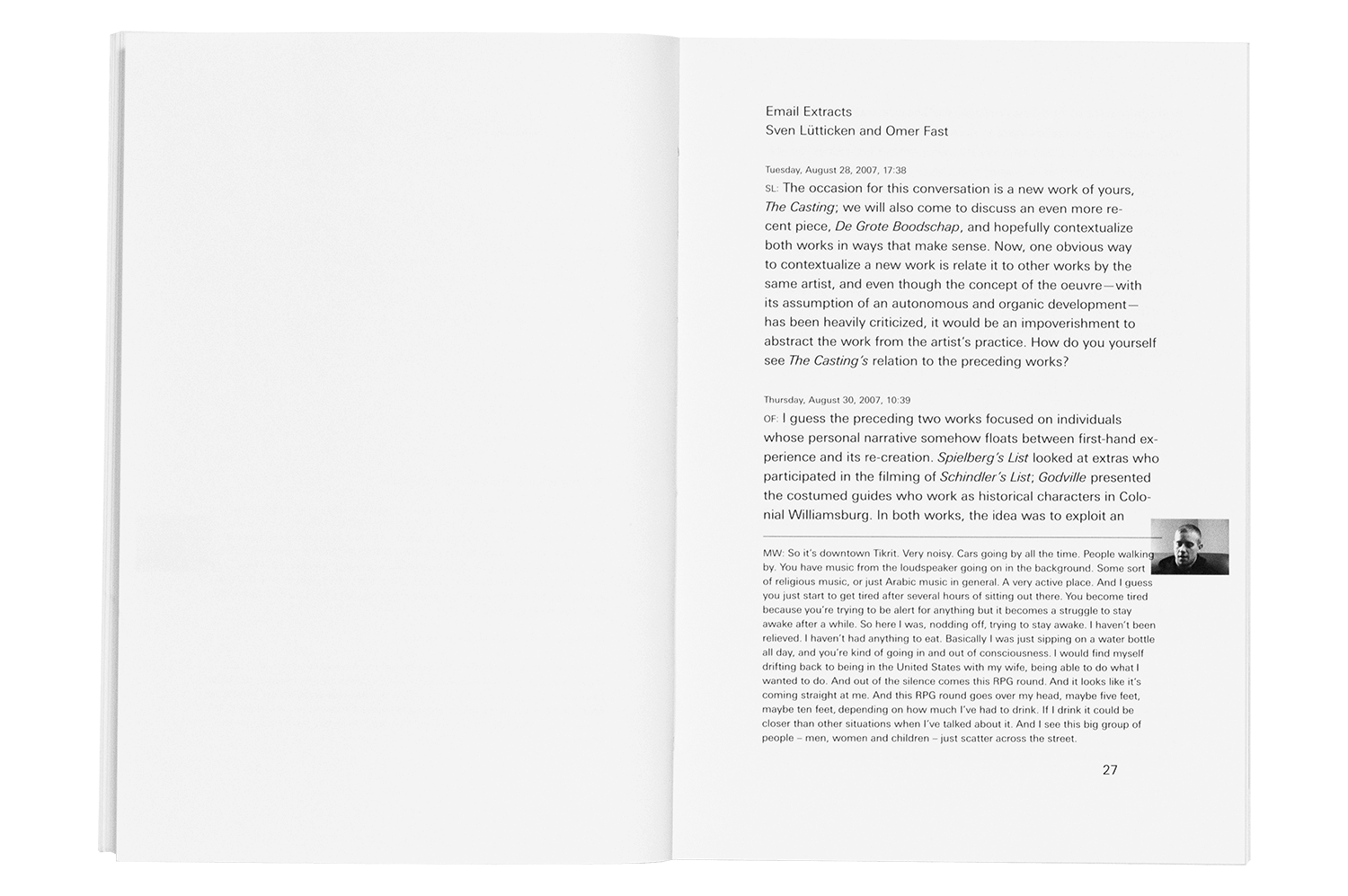 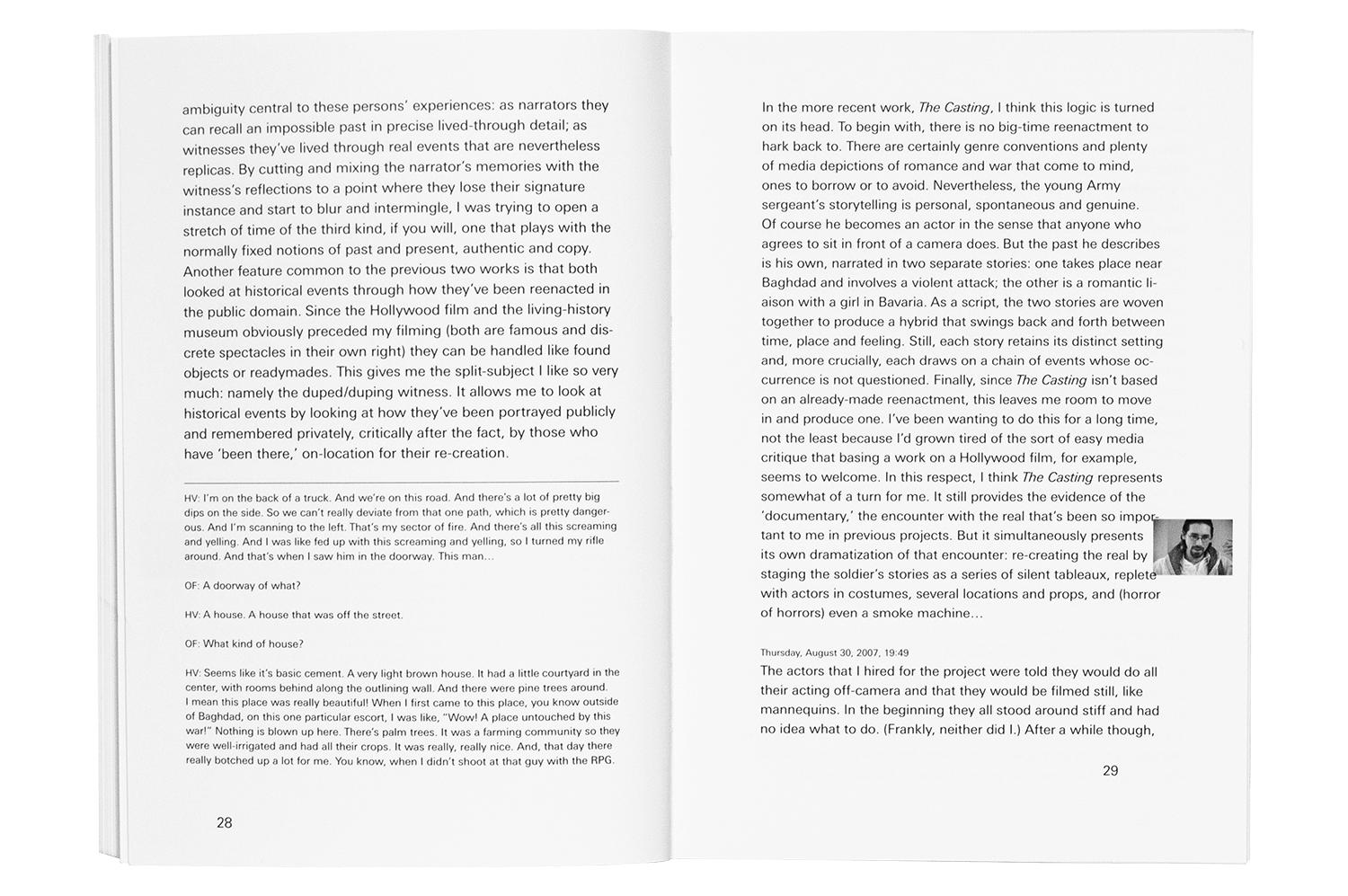 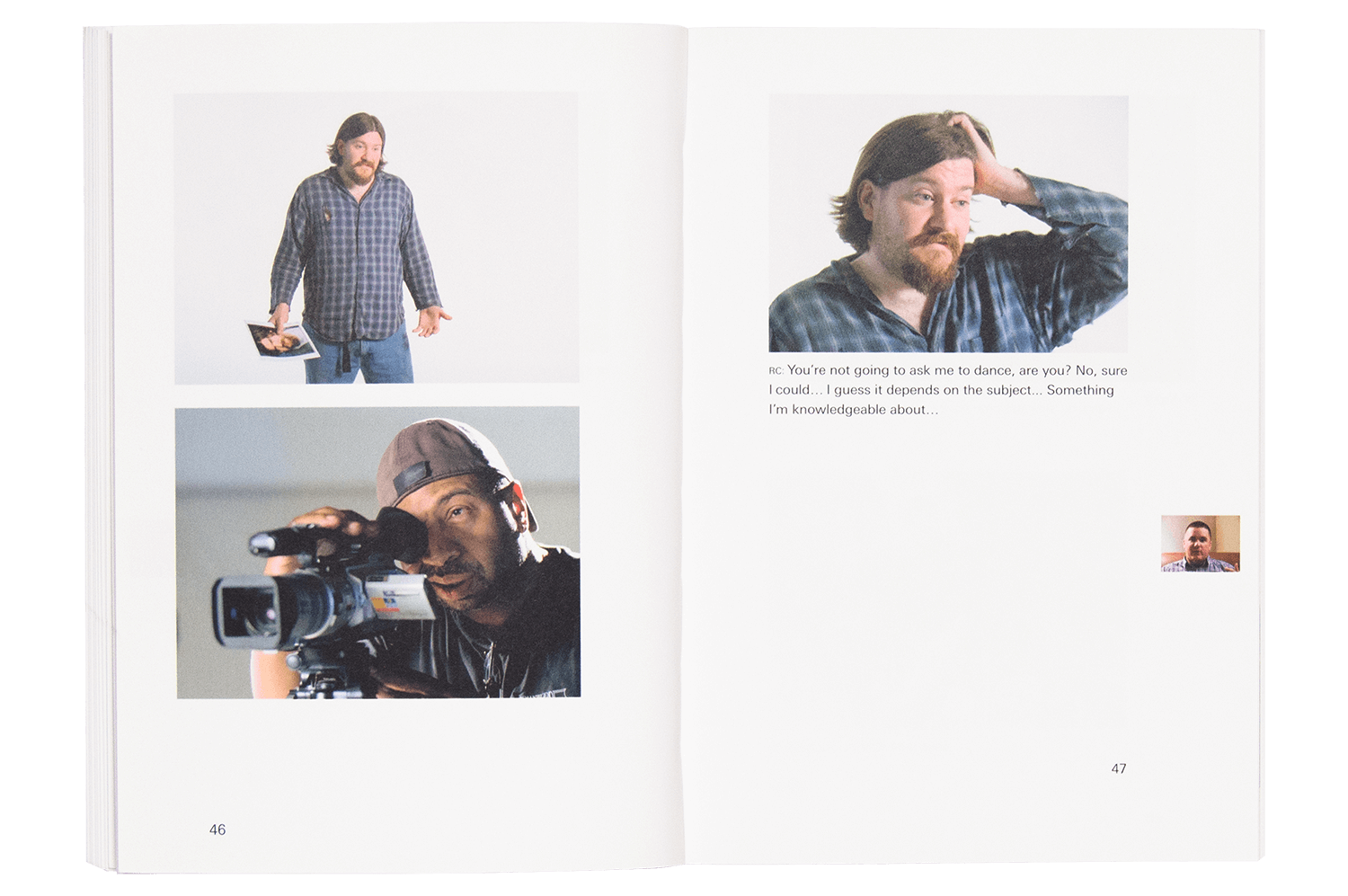 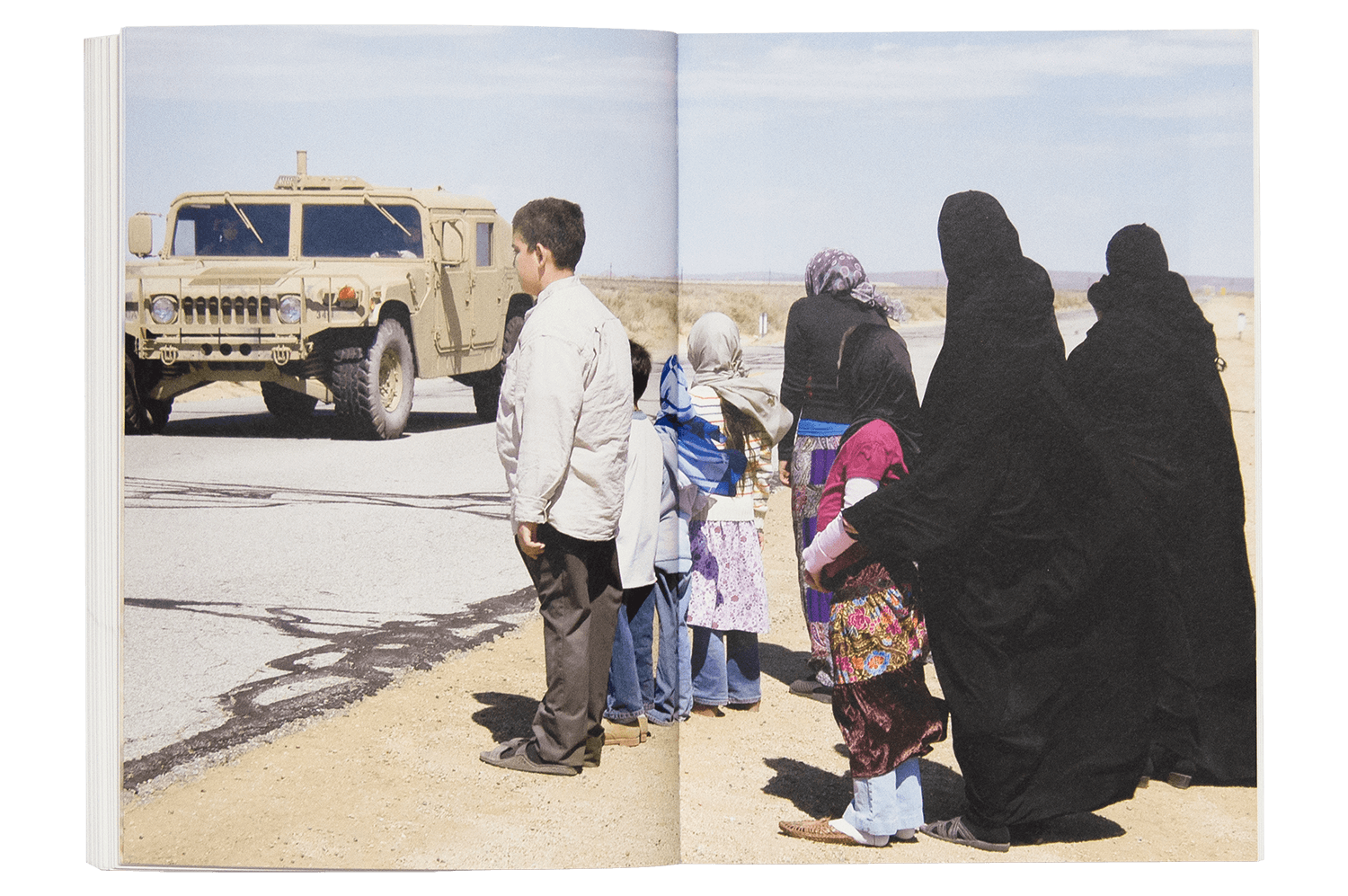 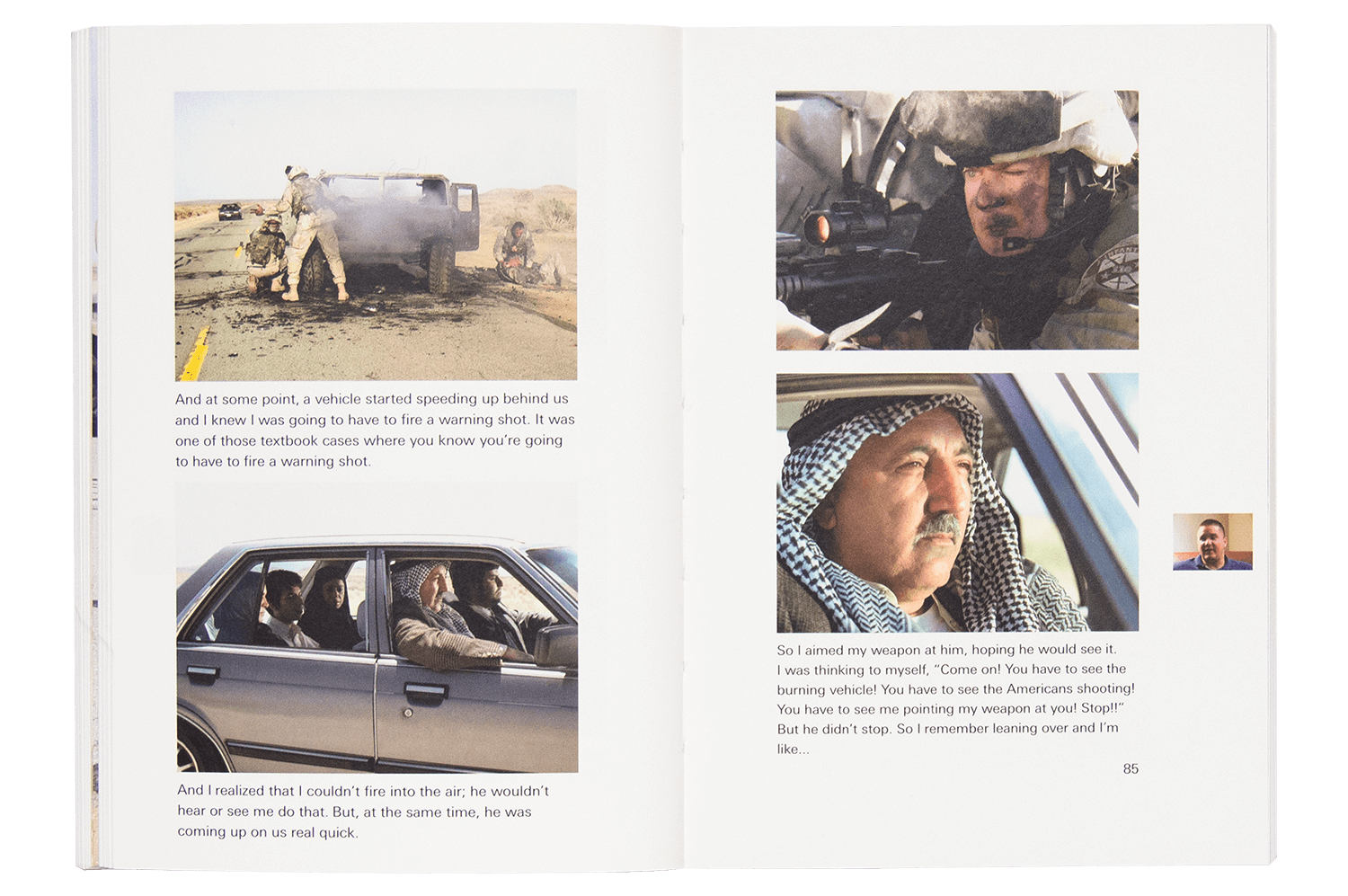 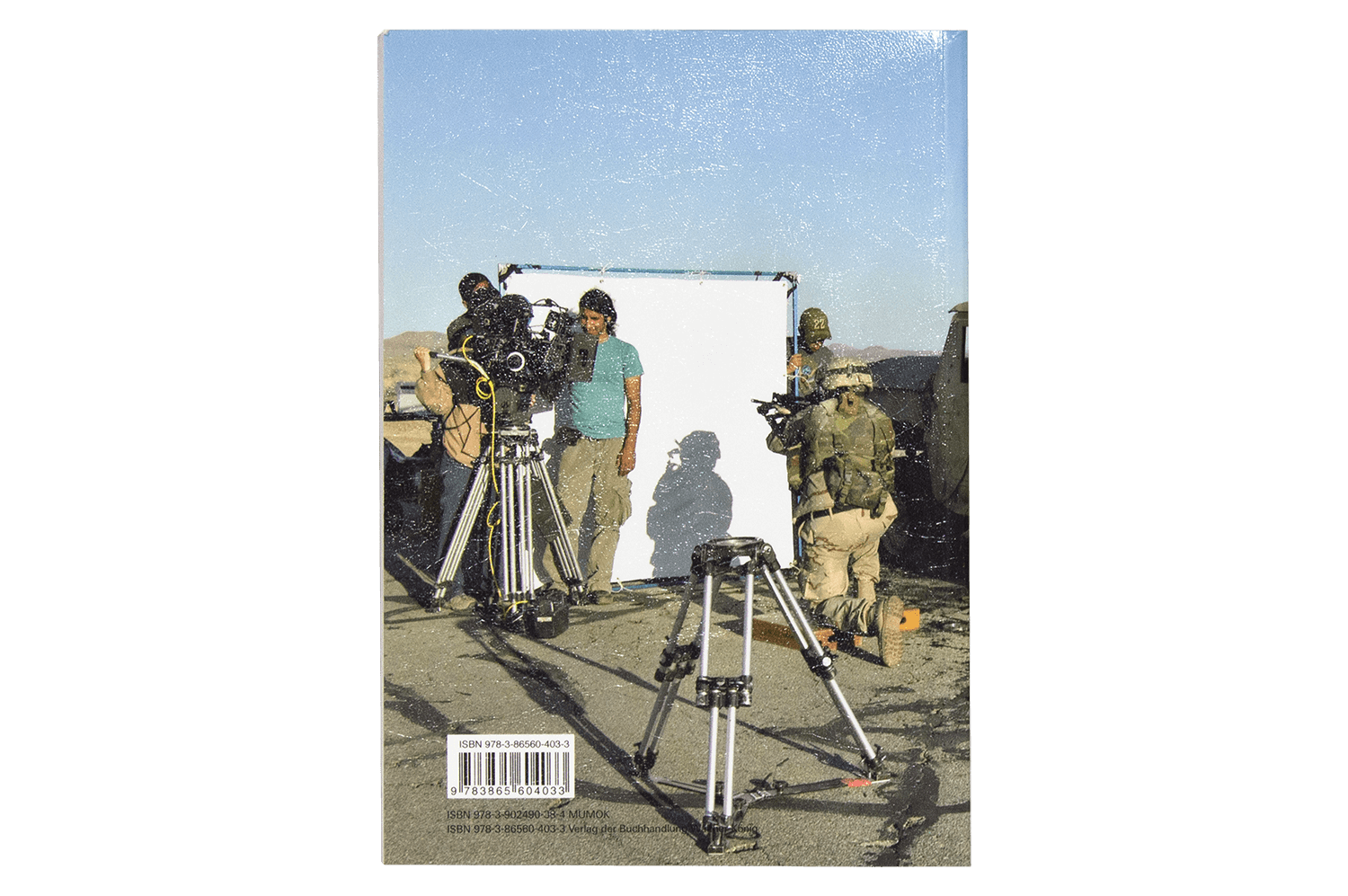 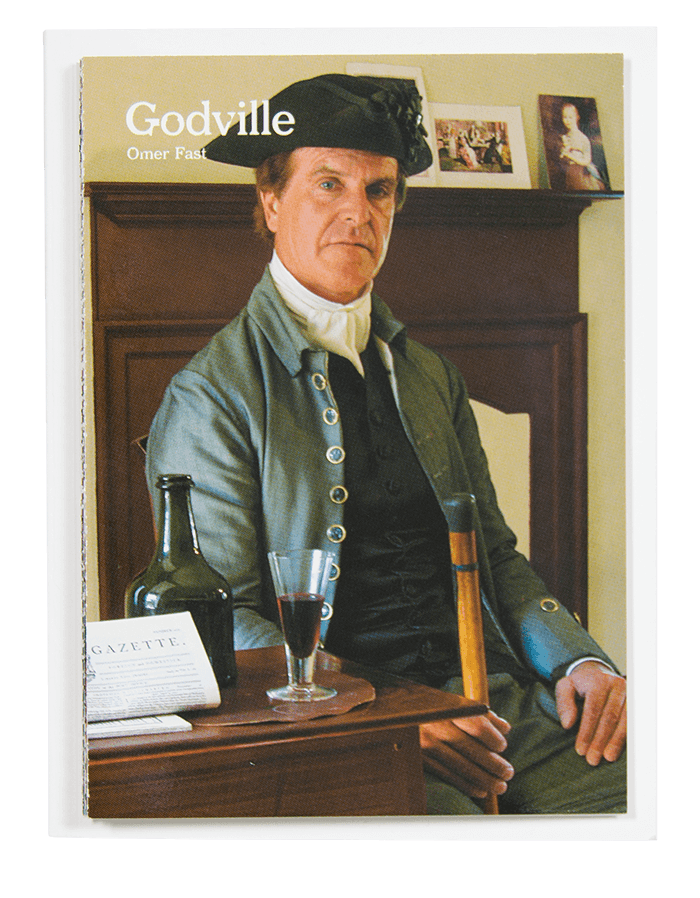