Studio Manuel Raeder was commissioned to design a bespoke bicycle stand for a garden near Potsdam-Babelsberg, where one of the oldest large-scale film studios in the world is located. Hence, the metal structure was specifically made to resemble the silhouette portrait of Alfred Hitchcock, who was inspired by visits to the studios in the 1920s. The bikestand also functions as a rail to sit, dwell and rest upon. 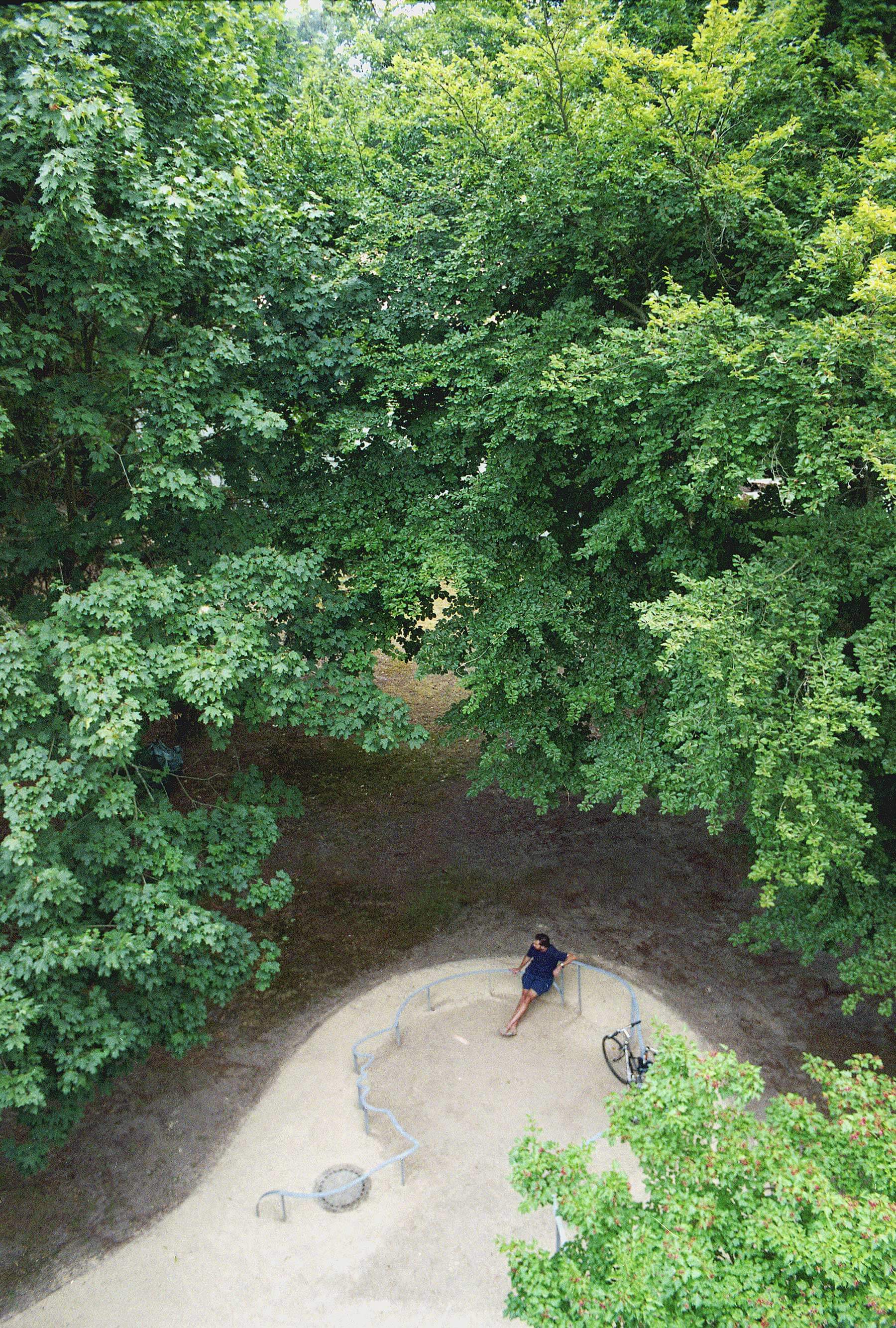 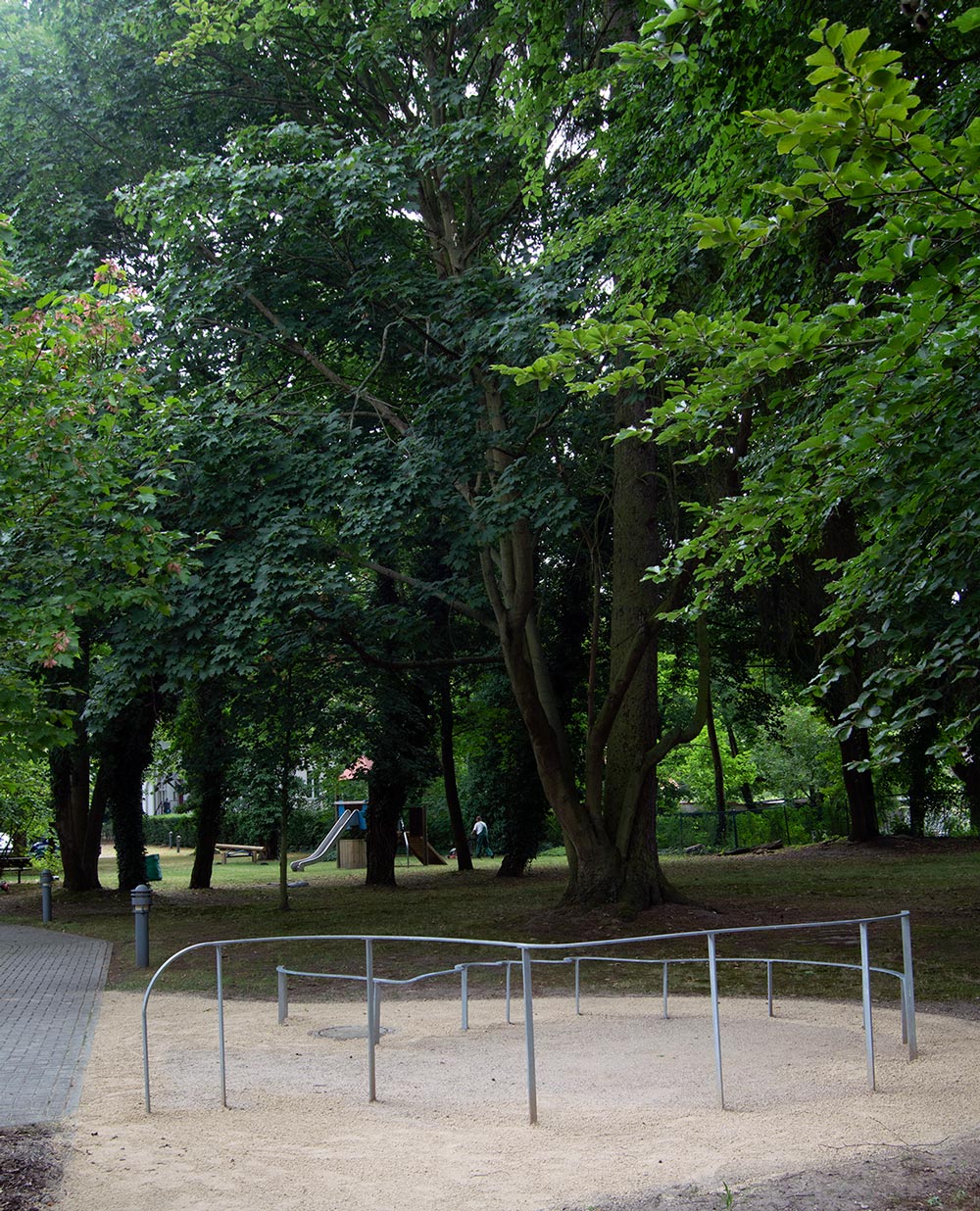 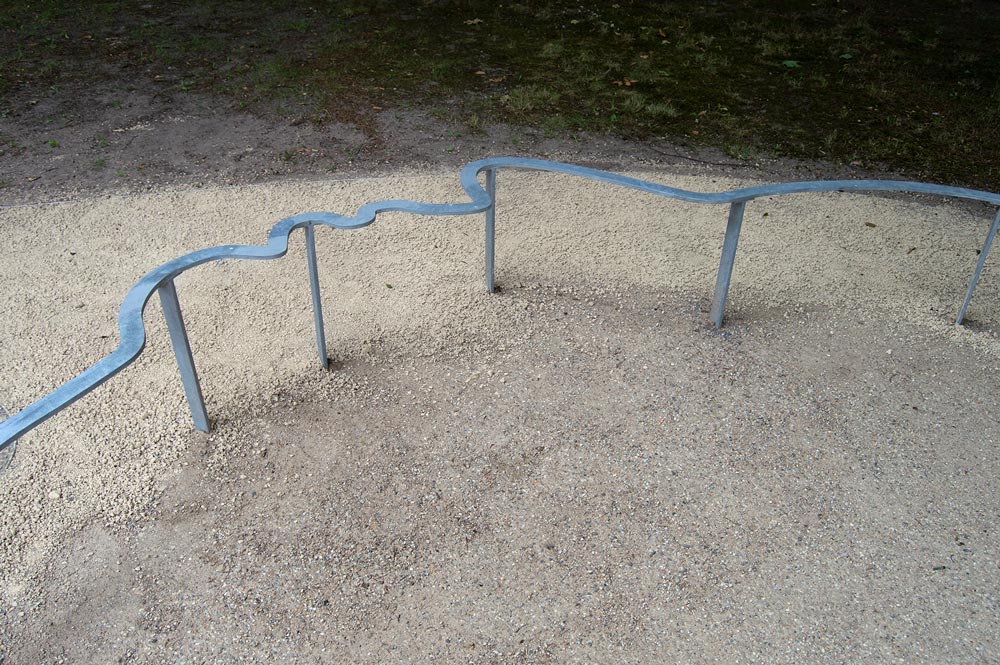 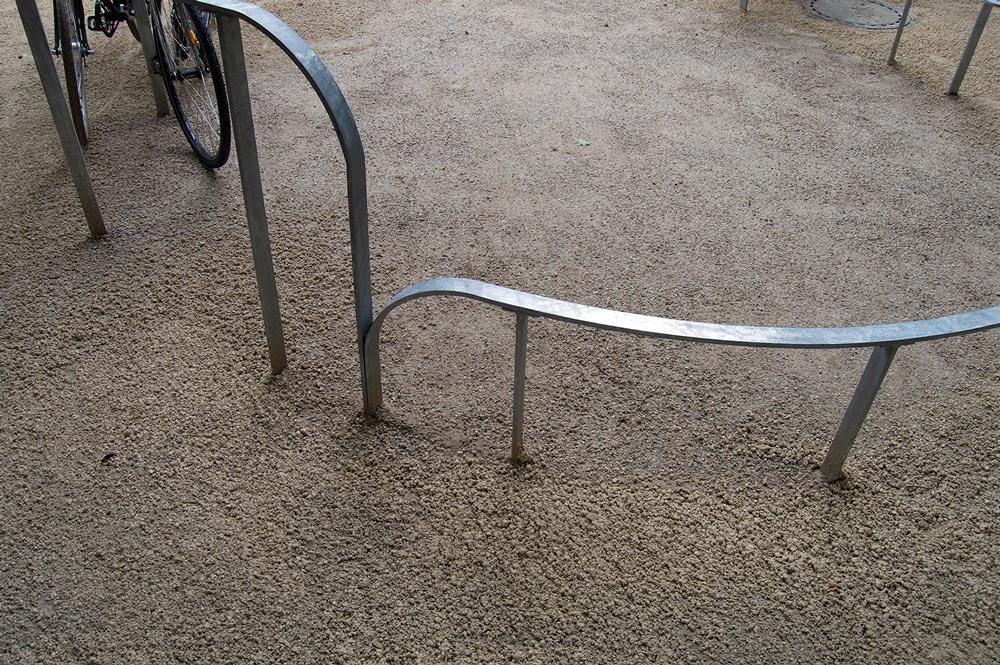